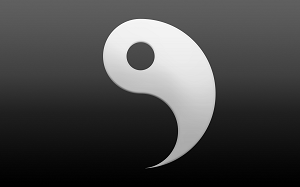 Meant to be a semi-serious RP, using the ego script format to promote faster posting times (and angling in for comedic stylings). Still, general rules of no powerplaying and godmodding isn't allowed... Unless by two conditions.

1: Affecting other people's characters directly - Given much of Pax jabbers about on the Discord server, it isn't necessarily to post evidence in every single post done. This RP is a means to test waters, grow trust, and to get to know how we interact. IF ANYONE HAS PROBLEMS after agreeing with another player they can control (to whatever degree) of their character in an ego script post... Calm down. Take a chill bill. Either message them in a Discord DM, say the point here (keep things civil), or tell me directly.

2: Affecting the plot directly - I have a general idea to the RP in question, but nothing is meant to be fully set in stone. Be creative. Want to change the direction without upsetting others about 'railroading,' present the idea here preferably. There needs to be agreement with active participants (aka, those who still are in the RP and haven't left), otherwise things will fall back into the previous plotline.